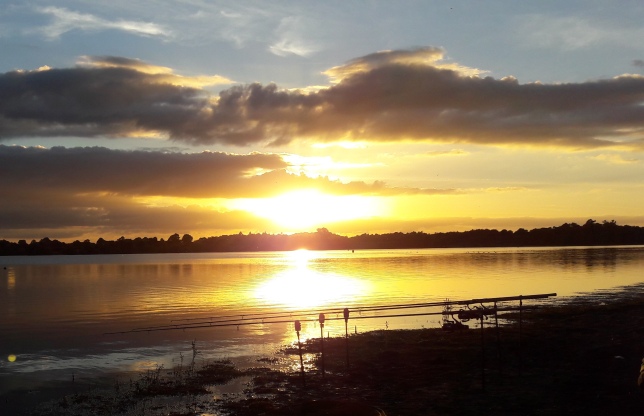 At the beginning of October (2016), I signed up to fish Alton Reservoir, all 340 acres of it. It caused a few intakes of breath I can tell you, and a lot of comments such as, good luck with that one, and where do ya start on a place like that. I’ve kind of got an ace up my sleeve, having fished all huge matches on this ‘inland sea’ during the 80’s.  As a result, I have fished most sections and although it was 30 odd years ago, I have a great starting point. 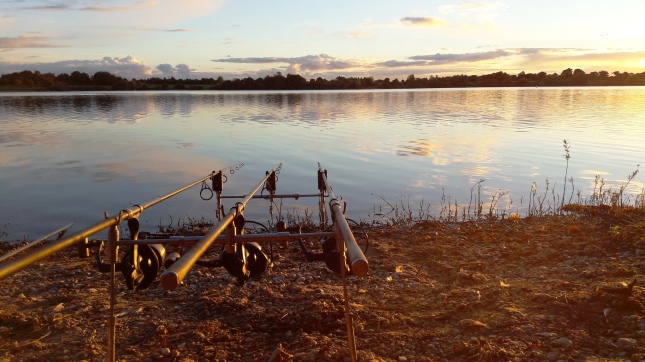 I have always preferred big waters and have fished many over the years. During my match days, I fished at the top level and I guess a venue like this replicates a different but oddly similar challenge. Back in the days of the big matches on Alton, certain sections always produced fish of a similar size and I was keen to find out if anything had changed. For example – using the old peg numbers – 1-21 generally produced bream in the 4-7lb bracket, as opposed to pegs 61-120 where the bream tended to be in the 2-3lb bracket. There were similar patterns all around the reservoir.  Interestingly, carp in the 3-6lb bracket often showed up during the matches.  To add to this, regularly the ‘Rabbits Wood’ area produced mirror carp, where as the tower section it tended to be common carp. Now there wasn’t a lot caught, maybe 2-3 per match, but a quite a few were lost. This was probably due to very light hook lengths (2lb) and small hook sizes (18-20) being used by the match anglers.

The venue has never been night fished until I and a couple of others acquired a ticket four weeks ago. As soon as I knew they were available, I snapped one up believing this must be one the last big untapped English venues. The unknown is a real draw for me and always has been, hence why I stuck with Hemingford Grey for so many years. I have never liked commercial venues where the fish have been stocked at certain sizes, all with names; all boilie trained, and so on. It is just not my cup-of-tea. I have always had Alton in my thoughts, but not being able to night-fish it, kept me away, until now that is haha.

I have always loved this part of the world too and intend to move to one of the near-by villages at some stage.  The venue itself is stunning, and with 22 bays, some as big as a decent sized lake and 210-rod lengths to the far bank, there is a lot of water to choose from and fish. There really is something for everyone. More recently, it has been popular amongst Pike anglers, but very few fishing it for the big Bream and next to no carp anglers. Sound like Heaven, potentially it is. It has received some publicity for the huge roach that abound but rarely makes the press.  Aside from the fishing, Anglian Water offer sailing and wind surfing, including lessons. There is a great café serving excellent pasties, coffee-n-cakes, also bike hire is available. You can of course take your own bike and with a lot of wooded areas and bays to explore, it certainly offers a great day out for the whole family.  If you are thinking of having a look around, take a bike, it’s a long walk with very few access points to the water.  I walked a mile and could only get at the water in six places.  There is however a lot of water you can get easy access to, but the idea of fishing some of the areas that haven’t seen a rod for years, is, very enticing. 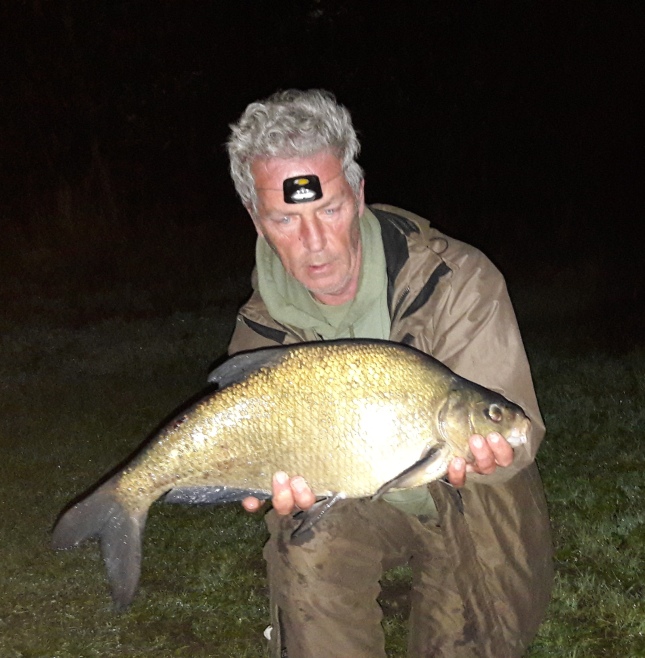 As a side note, there is plenty of parking available at various points around the reservoir. There is also a designated camping area planned soon.

So, let’s get back to the fishing. My main target will be the resident bream, and according to the locals, there is some serious potential for some proper lumps.  So far, in five 24-hour+ sessions, I have managed 32 bream up to 10lb2oz, so a good start by any standards. As for the carp, again the possibilities are interesting, fascinating and tempting, my best being a common at 24lb. It might be worth noting here that Anglian Water plan a huge carp stocking program that will run over 3 years, with the first 80 going in during this November. Then there are the tench, which have regularly shown up in the 6-9lb and with so many reported in the range, there must be a real chance of a double.  I have heard stories – from reliable sources – of 4lb rudd, 6lb eels, 25lb pike, several 2lb roach, and big double figure bream.  So with that in mind, who knows how big the carp could be. Certainly, with areas over 50 feet deep, the highest quality water, and so much natural food in abundance the potential for this venue is out of the ordinary.

So, starting at this time of year was always going to be tricky and with that in mind I picked my area carefully. I wanted somewhere away from chilling Northerly winds with the subsequent steadier water temperatures. In the winter, the thermocline plays a big part in fish location. Please see graph below.

All that measured, I also considered what I had learnt from the matches all those years ago. It also helped that you can park in the area I picked, which is on the east side of the reservoir, near to the dam. Worth noting, season ticket holders can now drive across the dam.

Having seen a few bream moving and many roach topping, I decided on a heavy baiting campaign.  Now a as I head towards my next session, I have tweaked both the amount I feed and how I feed. Currently, I am putting in at the start, 2 kilo of ground bait, 1 kilo of pellet, 1 kilo of corn, and 2 kilo of cut maize, along with and a decent amount of broken and halved boilies. I then top it up as I go depending on the number of fish showing. It is worth noting here that neither the bream, nor carp know what I boilie is, so with that in mind, hook-baits are naturals. By this, I mean corn, maize, worm etc.

I intend to fish right through the cold months (ice depending) and will write again in a few weeks.

So far, I am extremely pleased with the start.

If you are interested in joining up, then here is a link to the Anglian Water page. Half way down you will see a pdf file. This is your application. If you want to join the select group of night ticket holders you must ring and book an appointment. It is not an interview, but it is not far off. When you consider this is a night fishing trial, they are being selective, I that I like.

Below, a proper pea-soup. spotting you marker on the far bank, hmmm, maybe not. 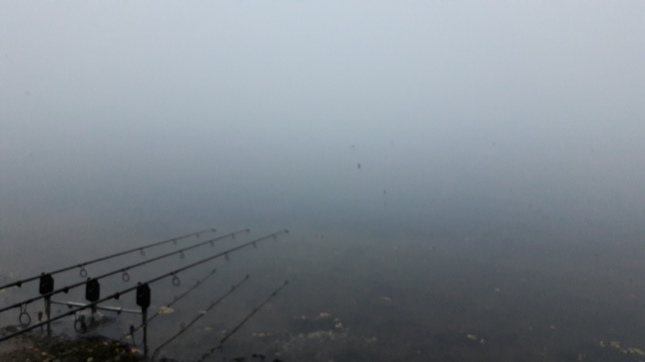